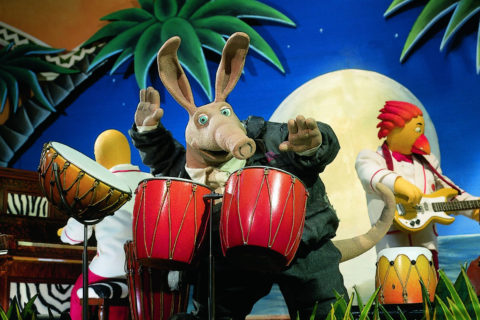 Sludger the aardvark is a critter with rhythm in his veins and Feldwick C Hackenbush caterpillar is keen to get him on the ladder to stardom. Feldwick takes Sludger from his home in the Outback to the in-crowd of Beak City, whereupon he helps him find a better name - something more star-friendly than Sludger. So he takes his moniker from the ad-line on a giant billboard, and Hamilton Mattress is born. Feldwick inveigles Hamilton into the ultra-hip Africa Club, where he earns himself employment as a Drummer Extraordinaire and after various shenanigans with the rough-beaked club owner and his snooty clientele, Hamilton finds his star well and truly in ascendance...